With Healing, New Paths Can Be Forged 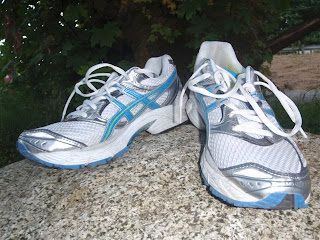 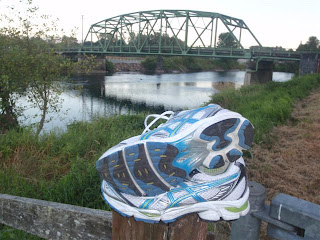 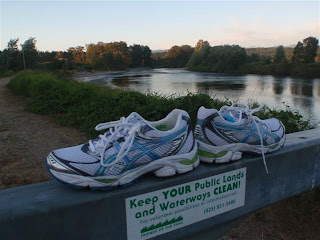 This post is dedicated to my fellow NF2 friend and runner Olivia who is struggling with some of the same feelings and issues I encountered after radiosurgery in 2004. Don't give up and don't give in!

For those who have been with me over the long haul, you know most of the story that brought me to this chapter of my life. For those who don't, let me brief you on how I arrived at training to run a full marathon - something I could have never seen myself doing 7 years ago.

Was I always a runner?

Well, not exactly. I guess it depends on how you define what it means to be a runner. While I did run on the cross country team and long distance events for track my senior year in high school, my running after that point consisted of occassional running over the years to try to stay in shape. (And by that I mean a weak attempt as I grew older to try canceling out that freshman 15+ that tacked on to me and seemed to ride along for the next 15 years!). Beyond some of my undergrad college years, running became maybe an annual 5k event. I have no idea if I ever ran 10K distance up until 2009 when my fellow cancer survivor buddy and team in training teammate told me when he was in the hospital that he believed I could do it. So I did!

But let's back track to summer 2004 after I finished graduate school. I recieved the news in the spring that one of the tumors in my head got really damn big fast. Fearful that I would not live through a brain surgery or even worse....become physically and maybe even mentally screwed up, I opted to take an avenue that I expected to be a kinder and easier approach. WRONG! It is a long story but let's just say I got sick for a long time which included loss and impairment of many of my "normal" ways of functioning. I was pretty devastated and spent a long time being lost and walking around like a zombie. I felt like my soul was dead and I was just a shell of a person walking. My soul ached when I could not be hiking in the mountains anymore, could no longer have the stability to scuba dive, and roller blading was just plain over.

In my sadness I walked myself into recovery. Thankfully I had my dogs to get me through my heartache. In addition to adding joy to my life, our walks gave me a good excuse to spend an IMMENSE amount of quality time with them and feel I was still serving a purpose.

Anyhow, in the photos are my new shoes which are actually only my 2nd pair of marathon running shoes! I have worn the same pair through 4 half marathons since I started running them in 2009. For me, making a major purchase takes me a long time. I am too indecisive and worried if it will be the right choice. Happily, these shoes have gotten me comfortably at least 48 miles so far!

I snapped these photos in the Carnation agricultural valley where I started walking the dogs back in spring 2003 when we moved out to the country. Later I found the 32 mile railroad grade trail about a mile or 2 down the road which I eventually came to walk in an entire day following this whole rift in my life. It is also the place where I began to make a transition back to running.

As I mentioned, during my first recovery I spent much of my time walking my dogs daily. At one point I even had to walk with a walking stick! While I was out there taking time to rediscover myself, within a couple years I was inspired to become "inspirational". Hence began my shift into becoming a charity athlete. After losing my balance function, my very first running event was 3 miles around a high school track in a "Relay for Life" event for cancer May of 2006. After completing the last lap around the track I totally collapsed and could not stand up! I kept pulling myself up on a lawn chair and would continually come crashing down. The paramedics rushed over but fortunately with some hydration, after 10-15 minutes on the ground I was able to rise to my feet.

To train myself to even be able to run 3 miles, I had to run with my walking stick. Within 10-15 minutes of a run when I started back into running, I would become greatly disoriented with my legs quivering like jello and my eyesight flying all over the place. I would imagine the inability to properly walk after finishing would be comparable to what a person with cerebral palsy experiences. At least that is how I felt stumbling around deperately trying to walk straight during a cool down.

Many people without any real serious medical conditions or limitations remark to me how it is amazing I can run so far but comment how they could not possibly run beyond a 5k. You have NO IDEA what you are capable of! Yet neither did I once.

Running is not my favorite thing to do either. I do it because it has been a gift and a talent granted to me - a tool with which I can help others. Granted I am nowhere NEAR great runners but I CAN do it. I may be slow but hey! At least I am out there giving it my best shot and doing it for a greater purpose. When it hurts, I think of my fellow patients who are in wheelchairs or missing legs. I bet they would be damn estatic to have this ability! I know that must be how they feel as just going through losing my balance gave me a deep sorrowful longing to have uninhibited ability to do even lunges at the gym and all these fantastic things which were once so simple.

So why waste it?

Speaking of that, I need to get out here and shoot for that 16 mile run now that I have had 24 hours for my body to rest following 3 days of mountain hiking.

Please help encourage my path by supporting my run! http://www.active.com/donate/nfportland2011/RDufek2

Don't give up and don't give in is a beautiful way to describe life suffering that you going through...you have to fight the journey and also make it a successful life.It is harder than others and therefore the credits added would be more I guess.

I purchased the same shoes this spring and used them in a 5K. I have been struggling to "find time" to get back at it. Your posts help! Push girl, push.