Deafie has a FUNTASTIC 4th! :D 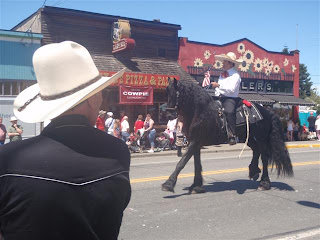 So how does a deaf person enjoy a parade with music, dancers including horses, and loud fireworks? It's all visual entertainment baby! ;-)

I gotta admit I was a LITTLE apprehensive to go worried that I might get bored but MOST OF ALL, anxious that it could possibly interupt intended hiking plans or even cancel them on such a glorious day. Harley REALLY wanted to go to the nearby rural Carnation parade and the 4th only happens ONCE a year whereas hiking is all summer and there will be plenty of other nice days. Therefore I agreed to a compromise.

We were late for the parade and immediately became distracted by the classic car show in the bank parking lot. I had forgotten how cool and enjoyable it is to see all the cars. I really love and admire how owners take such immaculate care of their trophy cars and add such unique detail. I am a REALLY big appreciator of detail so all the uniqueness is right up my alley. 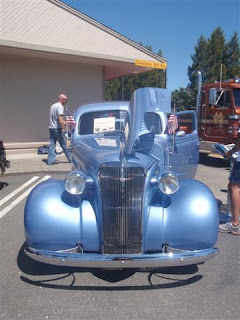 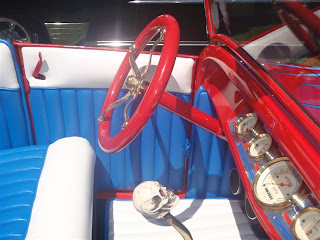 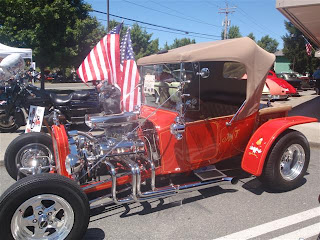 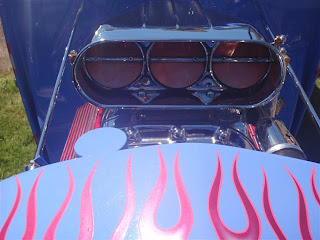 Before deafness I had always paid particular attention to detail which became even more enhanced after I lost all my hearing.

While busy happily snapped photos to forever capture the art of antique vehicles, Harley heard music up the street of the parade still hsppening and wanted to catch the tail end of it. So we ventured to the middle of town in front of the Mexican restaurant where I was pleasantly surprised to find a cow boy bouncing gracefully upon his big black beauty dancing to the serande of a small marachi band. Yes! By beauty I mean a big black stallion of a horse with fancily long haired feet! How entertaining! It did not matter if I could not hear a thing! The horse was marvelous with keeping in step and ever so often did a little back step kick like a lephercaun kicking his feet up in the air. I was so intrigued by its cleverness! Seriously, I could have watched that for hours! 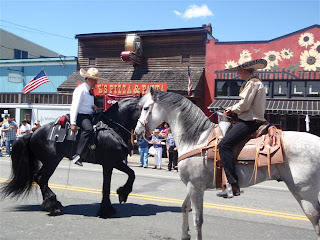 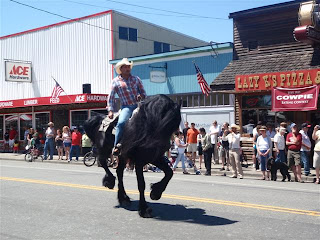 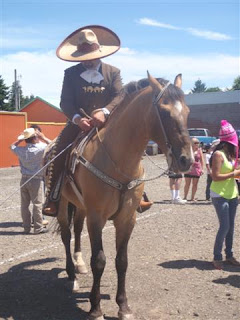 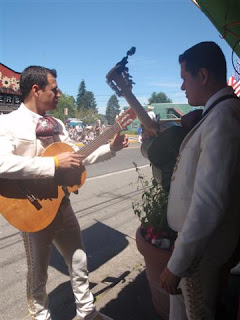 Meanwhile other cow boys, some with Mexican outfits, sat on their horses in the background waiting for the center of attention to finish so they could take turns dancing. One horse was particularly excited and kept eagerily bouncing his head up and down while the other horse was dancing. Haha! I called that one "The head banging horse"! ;-)

On the way to the focus of everyone's attention we passed a group of ladies dressed up in colorful Mexican skirts. Darn! I was disappointed to miss them (so I thought). Then as we were watching the horses doing their jig, the ladies ran out in the street waving their flowing dresses as they spun in circles. What a treat! I was thrilled! 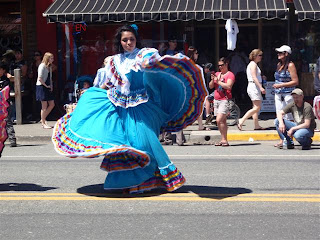 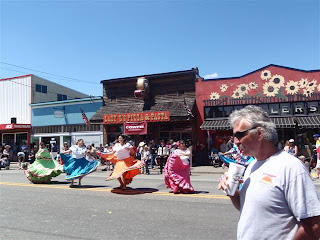 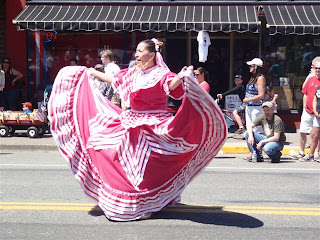 After they were all finished we returned to the car show where they had some of my favorite cars on display......stingray corvettes and MUSTANGS! :) 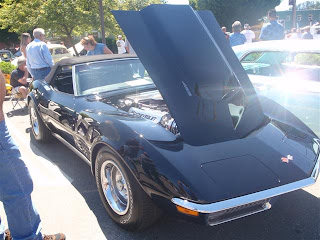 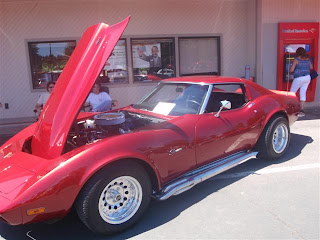 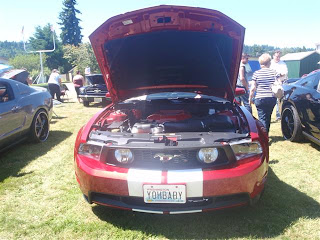 Following the show we headed for our Poo Poo Point hike to see the paragliders and finished in time to journey back home for a quick shower and food before hitting the Lake Union fireworks in Seattle. Because my husband is a "rockstar" agent, he just sold a SWEET condo on the 24th floor of the Cosmopolitan in Seattle that his client welcomed us to enjoy the fireworks show from. 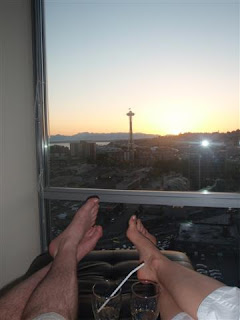 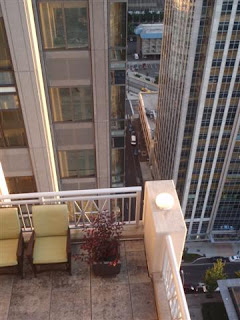 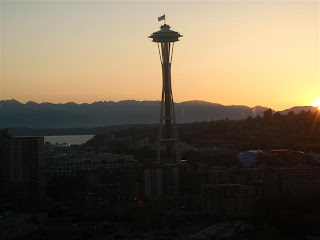 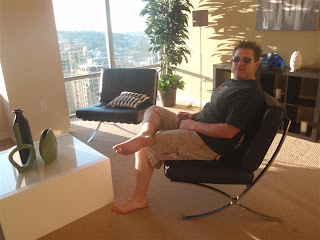 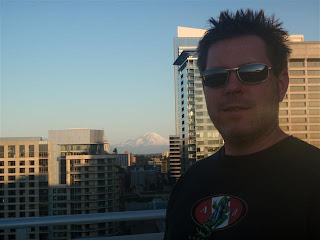 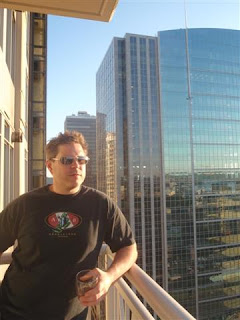