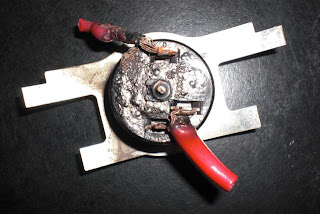 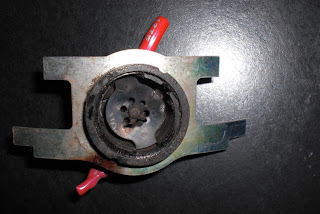 We missed our long training practice on Sunday August 10th due to an unexpected hazard which cropped up. Friday morning we awoke to a horrid smell so bad that it made me made me nauseous and gave me a headache. The smell was similar to chimney soot or a very stinky burning rubber such as tires. We search all over and tried sniffing out the location but could not determine where the awful smell was coming from. We unplugged almost everything and were certain it was not coming from our wood stove chimney as we have not used it in a very long time seeing that it is summer. We have a small refrigerator that had formed ice condensation which started melting so Harley was sure it was the source. Therefore, we unplugged it and opened the windows, doors, and ran the fans to get the smell out of the house.
However, the smell did not fully dissipate throughout the day. Later when I went to have some ice cream from in the big freezer, I discovered it was mostly melted. I had just assumed that Harley grabbed a frozen meal to take for lunch and the door did not get shut at the way. So I made sure it was good and closed. Yet, that evening it did not seem like the freezer was getting any colder and the ice cream was still melted. I was convinced that the large freezer broke and that the source of the burning smell came from the large refrigerator.
Sure enough! When Harley pulled out the refrigerator to look at the wiring, the he found a melted and charred element! (pictured above) Fortunately for us, the wiring was far enough away from the log wall and must have exhausted itself before it could catch fire. We live in a log cabin so a fire would have a field day here!
With the freezer being packed to maximum capacity, the food stayed pretty well frozen until we could borrow the neighbors freezer. I went out and bought ice to keep the refrigerator contents cool.
Sunday we had to search around for a used refrigerator which would fit the dimensions in our kitchen. We did eventually find one but there was so much involved with finding it, cleaning it, and fitting it in the kitchen that we completely ran out of time for training. First, the refrigerator was slightly too big. While I thoroughly gave it a detail and cleaning, Harley had to cut and sand the counter so it would fit. We could not get the refrigerator through our sliding glass doors so we had to remove the refrigerator doors and to get it inside. Once that was accomplished, we had to put the doors back on again! After all that work thank God it worked! The kitchen was then a dusty disaster which needed to be cleaned.
Who would have thought a refrigerator would pose a fire hazard?
Posted by Rebecca at 4:53 PM