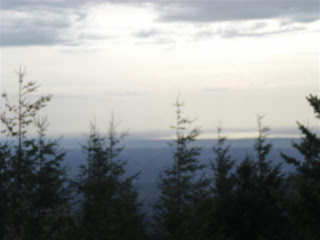 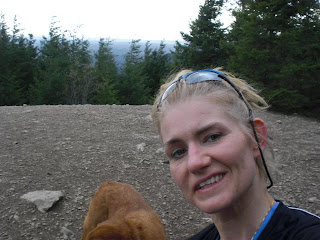 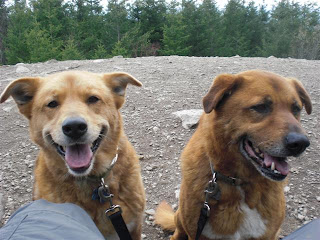 After a 3 week abstinence from hiking due to travel to the NIH, resting up for the big climb, and a week with a chest and head cold, I have FINALLY had the opportunity to return to the trail! By the way, it has also been pouring alot here too which has attempted to hamper me from my half marathon training I started this week.

So Saturday the sun came out and it was simply too lovely to pass up even though I had some minor remnants of chest and nasal congestion (still lingering). My gluteus and outer thigh muscles were sore from my thursday night session with my trainer which was an hour this time. Therefore, I sort of took it a little easier and reached the summit in an hour and 6 minutes as opposed to an hour.

Although it was warm down at sea level, when we reached the top there was a wind and it became cloudy making it quite a bit nippy out. We did not stay long and as soon as we cleared the first half mile from the summit (actually for the first time in 7 years I took a shortcut down the steep and rocky cable line WITHOUT POLES), we jogged/ran the rest of the way down for 2 and a half more miles.

I would love to write more but right now I gotta go and get out there - It is not pouring out there and sun breaks combined with light rain. I am behind by 2 hikes for the year (my goal is at least 1 a week).