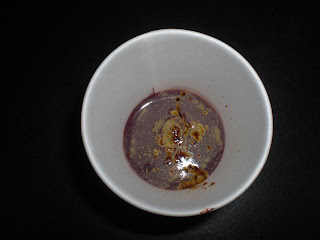 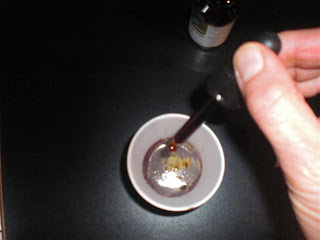 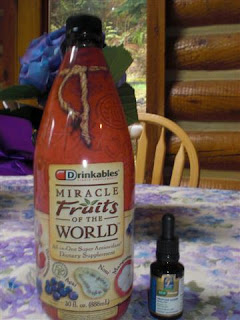 As a few of you know and I had briefly mentioned a couple months ago in one of my winter posts, I had pursued trying a supplement in an effort to stablize the tumors. In studies conducted in Germany and Japan, the propolis, harvested by honey bees, has suppressed tumor growth in mice grafted with NF2 tumors. There have been under a 100 people with NF2 worldwide taking it for a year with no adverse and serious side effects. Therefore, I figured what do I have to lose but my investment in trying in out? It is a health supplement anyway which would be beneficial to me whether it stopped the tumors or not. So why not give it a shot, eh?

The liquid supplement is known as Propolis Bio 30 manufactured by Manuka Health of New Zealand. Now there are other forms of propolis available in different parts of the world. However, the propolis from New Zealand is the most pure as the plants the bees harvest it from have the highest concentration of caffeic acid (the effective ingredient that contributes to tumor suppression). Further, it is this particular propolis that Dr. Hiroshi Maruta used in his research that suppressed tumor growth in mice.

Thus, in February I ordered a 3 month supply from Manuka Health in New Zealand to try out. On February 20th I took my first dose which is 6ml a day. By now I have finished an entire case and a half (18 bottles) and it will be time to order some more as I have developed a very appeasible method for taking it and it does not appear I have any allergy to it.

The propolis comes in little dropper bottles shown in the picture above. It is pretty sticky and does not taste fantastic so one really would not want to ingest it alone or use a nice glass (for my first dosage, I used a nice tea cup and the residue became stuck to the inside of the cup. I had to scrub hard with a scouring pad to remove it.)

On my first 2 tries it was awful but tolerable (I tried it in tea). So then I got a wild idea to put it in cocoa. BAD IDEA! I thought I was going to puke and had to force myself to drink it down as quickly as possible. Ok. So hot drinks did not work so well. I decided to try it with a very tart pomegranate supplement I had been taking which is full of antioxidants and aides the circulatory system which I sometimes have a problem with (I have Raynard's where I lose blood circulation in my hands at times.)

Wow! What a complete difference! It worked great and was yummy and was something I was taking anyway! Now I had an incentive to use the supplement more religiously instead of occassionally.

I read some great stuff on the ingredient Reservatol made from grape seed used in red wine and found in small quantities. I had tried out a capsule form of reservatol and found unexpectedly that it increased my endurance which was important for me when training for the half marathon. However, the capsule form was too expensive but guess what? A new liquid supplement which included reservatol, the pomegranate, and 14 other highly beneficial ingredients came out on the market! Therefore, I switched liquid supplements to give it a try. It is not as tart or as sweet as the Naturally Pomegranate made by Argo Labs but I have adjusted to the taste and really enjoy it!

Above is a picture of the bottle "Miracles Fruits of the World" by Drinkables. Both the Naturally Pomegranate and Miracle Fruits can be purchased at Costco Wholesale or direct online through the manufacturers.

Method-
-pour your half ounce of the liquid supplement juice into thedixie cup (I just cover the bottom of the cup, you do not need a lot)
-measure your propolis dose or just squirt the propolis directly in the center of the liquid trying not to get any on the sides of the cup

Voila! You have your NF2 "hope" shot! Drink the shot and then add some water to the cup to swash around and collect the remaining juice and propolis residue. Drink down (another shot!) and continue to do so until there is barely any residue remaining. I add water between 3-5 times.

P.S. - last week I stocked up on 2 more bottles of Miracle Fruits as Costco had a $6 instant rebate off per bottle.
Posted by Rebecca at 11:56 AM

Any imrpvement after taking BIO-30 ?

It works or not?

Thank you. your post very well. Indeed, propolis is very beneficial to our health. I have been using propolis for 3 months and there is one benefit of ulcer disease. Not only that propolis increases our immune system

It has been awhile since I have written but for anybody wondering, YES I am on the propolis again. I kind of got off track with 2 surgeries, Kilimanjaro in between, and the marathon last fall. But this spring I restarted to give it another try. Hopefully my scans in August will not show tumor growth warranting another surgery. Yay for HOPE! :)