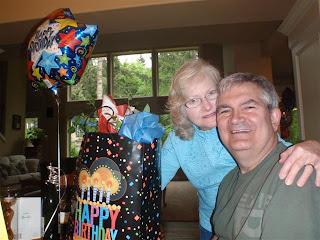 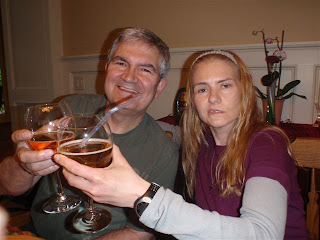 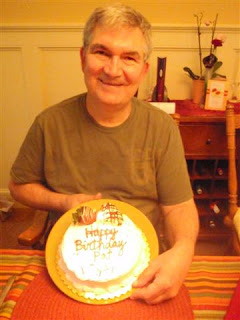 "You may be ill physically, but as long as your mental state is strong, it most certainly will exert a positive influence on your body. There may be no better remedy than hope."

- John Walsh, father of Patrick Walsh who lost his battle to an NF related cancer

Connections of the hearts
Next week it will be one year that our son Patrick left this earth and went to heaven. He fought a tough battle with NF related cancer right to the last day. I will always remember the day before he died in a very special way. The day before he died was... Father’s Day 2010, he fought the pain and got out of his bed to go and take some pictures of us and our next door neighbor JR. Patrick had helped his friend JR rebuild a classic car until he got sick and couldn’t do it anymore. JR finished the car and wanted Patrick to see it completed. With the help of Ronnie another close and good friend of Patrick we managed to get Patrick next door for the pictures. Patrick look at his friend JR as the picture was being taken and said, “You know I’m not going to be around much longer.” Most of us that heard that were trying to hold back tears. To me this was a very special Father’s Day gift. I learned how to be strong and keep going even when faced with challenges. We must challenge the circumstances in our life and steadily keep moving forward. That day I awoke a sense in me that I put aside for a long time, that being attitude. Now I try to keep it positive, that way it not only elevates my own aurora but also that of those who are in my life and have contact with me. As much pain as Patrick was in that day, he tried to be positive and wore that best smile that he could. His apparent happiness to see the car and his family and friends gathered around quickly became the happiness of all there. Never avoid what you must face in life, just reach out from where you stand and there will be a hand there to help you to the next step. That is what happened that day. Patrick reached out for help to get to the car and at that time even though in denial I think he reached out and prepared us for the next step, which was his leaving us here on earth the next day. I found this past year a new connection with my family, my wife Galdys and Daughter Jennifer, my Mom and Dad and my brother and his family, also my friends and coworkers and Facebook friends who have been there for us through these trying times. It’s a connection that I can’t express in words I just know it’s there and it comes from the heart. It keeps me strong and doesn’t allow my weak side to dominate, if I let it do so it will surely mean defeat. As Patrick said, “Keep up the fight.” and “Enjoy life that’s all that matters.” I know he is wherever I am, and I thank you all for being where you are.
By: John Walsh

John's story is a beautiful tribute to the perseverence of his son, the loving relationship of a father, and an example of how to make the most of living by deciding to.
I often cross this path too and am forced to make that choice of deciding how I am going to respond to something. Situations challenge the way I perceive the circumstance taunting me to give in to misery but I fight back with joy.

I have to say that my first week out of the hospital was that kind of week, a broken face trying to snuff out my spirit and continual pain in the muscle and skin of my entire leg.


Yet I was very excited for the opportunity to be at my parent's home in the middle of the week to share my dad's birthday with him to help him celebrate. It would not have happened otherwise. It was so much fun to be there for this moment!

For those who do not know, my dad as well as my grandpa, his dad, have been an source of strength for me encouraging me to press on.

When I was a kid in grade school, I used to race cross country skiing in the Upper Penninsula State Winter Games. I was so excited to have the honor to represent my school at the games the first time when I was in 5th grade.

Race day was pretty hectic and nerve racking with tons of spectator parents, families, friends, and a crowd of athletes. For this first race, they had everyone start in a pack by the shooting of a gun. At the startline another skier fell onto my skiies making me immovable as the pack nearly drifted out of sight. I was wildly frustrated and disappointed. I imagine back then I felt like poking the person to a pulp with my ski pole to get them off. Yet, that is a trait my father taught me not to do. So I patiently but anxiously awaited for the skier to get to a stand freeing me.

By the time we became untangled, the pack was long gone and my heart was in tears. How on earth was I supposed to have a chance at coming in with one of the fastest times let alone catching up to the pack? Desperately I tried going as fast as my out of shape body would take me to try to rejoin the other racers.

Although I tried my hardest, I just could not keep up and my lungs burned with fire as my body as well as my spirit lost strength. Finally it was just too much and I realized that I could not have the thrill of victory that I wanted. So my young mind chose to quit as tears rolled down my cheeks in defeat.

My dad was there encouraging me to press on but my spirit was too embarassed and broken. Quitting was a horrible feeling. No matter what place I was in, my dad was there to support me and at the time I did not realize that just finishing was what was important.

Although discouraging, it was a very good life lesson which compelled me to never quit again and I think that is probably why I am still alive and keep ticking.

In addition to the strength of character, my dad and grandpa shared with me their passion and sense of appreciation for the natural wonders of the world. I cannot tell you how much this has brought joy to my life and continues to getting me through multiple life trials.